Normally, menstruation occurs once in a lunar month either every:

These are according to the woman’s physical condition. 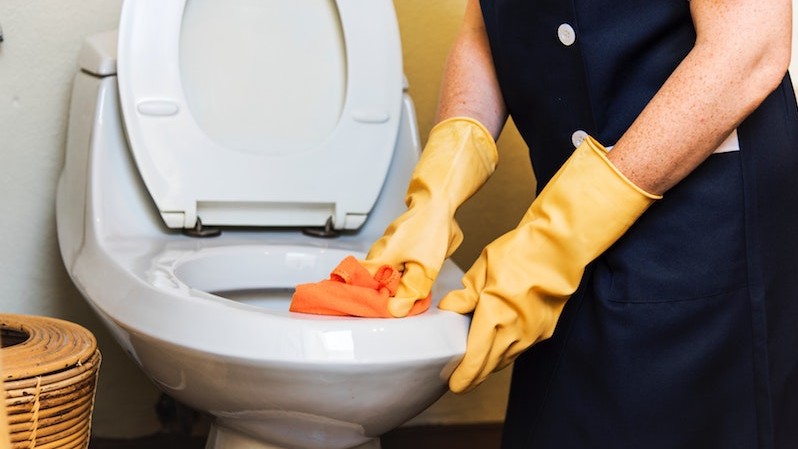 In a healthy woman the menstrual discharge is usually about one-fourth seer. If for any reason the quantity is less than normal, it is called “hypomenorrhoea.”

If there is no menstrual discharge on the fixed date, or if the menstruation stops for two or three months in spite of the woman not being pregnant, then the condition is termed “amenorrhoea.”

A regular interval of monthly menstruation and a regular amount of discharge throughout these years is a sign of good health. Every month in a fertile woman the uterus prepares its endometrium (uterine lining) to be the first home for a possible embryo. All of the glands that maintain the youth of the body help directly or indirectly in this work of forming the embryo. These glands also cooperate in providing blood to the uterus to develop the embryo.

When the sperm comes into contact with the ovum and an embryo gets an opportunity to form, that blood supply is used in building the body of the embryo. But if, for any reason, no embryo is formed, then the uterus, now full of blood, breaks up the endometrium, and the accumulated blood, not being of any other use to the body, is expelled with the remains of the endometrium. This unnecessary blood is called “menstrual discharge.”

Anaemia is the main cause behind all types of abnormal menstruation – menorrhagia (excessive flow), hypomenorrhoea, and irregular menstruation. When women suffer from anaemia, the glands that help maintain youth also suffer from debilities and as a result the endometrium cannot develop. And in the case of anaemia, sufficient blood cannot be stored in the uterus to form an embryo. This condition brings about hypomenorrhoea. When, owing to the meagre blood supply or to any defect in the organs of the body (conditions which may be found in both thin and fat women), very little blood is stored in the uterus; and the woman also suffers from upward-moving váyu; then her menstrual flow may stop completely, and this is called “amenorrhoea.”

In such a situation, the accumulation of impure blood may create many disorders in the body which can lead to premature death. This type of woman with a weak constitution often also suffers from tuberculosis, asthma and similar chronic diseases. Amenorrhoea can cause hysteria or even temporary insanity. A woman may also become irritable in disposition due to the disease.

The reasons behind irregular menstruation are liver defects, constipation and excessive sex. When the blood becomes over-acidic and weakens the liver and other blood-purifying organs, the poisons of the body are thoroughly flushed out along with the menstrual discharge. This state is called “menorrhagia.”

During the menstrual period only easily-digestible and nutritious food should be eaten. All types of fruit juice, milk, leafy vegetables and vegetable soups are excellent foods during this period. Non-vegetarian food, too much fried or parched food, and too much ghee, oil or spicy food are to be rejected. Of spices, asafoetida (Ferula foetida Regel) and clove are very useful, but they should not be taken in large amounts.

During the menstrual period sleeping during the day, staying awake at night and hard physical labour should be avoided. Bending forward to lift heavy loads is forbidden, because such pressure may displace the blood-filled uterus. Warming oneself by the fire is also forbidden, because staying too long in the heat of the fire may excite the body and mind.

Women who have no one to assist them in cooking may cook meals outside the kitchen in the open air, using a portable stove. As much as possible they should keep away from the food; otherwise there is a high possibility that the menstrual discharge will come in contact with the food and contaminate it.

(1) To keep the body completely free of excitement, menstruating women must not touch adult males. In order to save their husbands and children from any harmful effect from their menstrual discharge, they should sleep on separate beds. And those beds should be kept dry, warm and comfortable.

Women should keep away from strenuous acts such as singing, dancing and blowing conch-shells during their menstrual period, and for the sake of their minds and bodies should keep engaged in light, restful chores or amusing conversation. Finally, they should utilize as much of the day as possible in Iishvara Prańidhána (meditation) as taught by an Ácárya. In so many cases at present we see that the above dos and don’ts are not being followed, and this is leading women in greater numbers to suffer from menstrual problems.

There is no objection to bathing during the menstrual period, but bathing in very cold water is to be avoided. On the first day of menstruation one may bathe in normally-cool water unless it is uncomfortable. On the second and third day one should bathe in sun-warmed water During menstruation, using tampons of cotton or linen which block the vagina is harmful. Instead, women should wear shorts over a Kaopiina (a tight-fitting kind of underwear) or a cotton pad.

A woman with a healthy liver may consume butter or ghee with rice. A menstruating woman should drink sufficient water, say four or five seers a day, but not much at a time. Those who are suffering from menorrhagia should, during a time of excessive bleeding, lie in bed with the legs raised and the head slightly lowered.

At present a large number of women in society suffer from one female disease or other. The main reasons are:

Female diseases might not be fatal. But they slowly sap the person’s vitality. This causes the children to be born with mental and physical defects.

It is certainly not desirable for women to go to their graves prematurely due to the intemperance of men. Sexual over-indulgence is also harmful to the men, because it causes excessive wastage of shukra, which in the lymph stage nourishes the brain. Remember that self-control is the greatest thing in life.