How Pantrynomics Can Aid Struggling Musicians

How to Survive in the Music Industry

Taylor Swift’s op-ed in The Wall Street Journal shows her continued optimism in the music industry despite its continued downturn caused by the popularity of digital music. She defends her optimism by viewing music as valueable art which can still sell, especially if the buyer falls in love with an artist.

While many musicians are alarmed at the decline of the price of their valuable art, Adam Smith assures us that its decline is actually natural:

The labour of some of the most respectable orders in..society is..unproductive of any value, and does not..realize itself in any permanent..or vendible commodity, which endures after that labour is past.. In the same class are churchmen, lawyers, physicians, men of letters, players, buffoons, musicians, opera-singers, opera-dancers, &c. Wealth of Nations Book 2, Chapter 3, Paragraph 2

The decline is caused by the fact that art, no matter how valuable, is not a vendible commodity in the same sense that bread or cars are vendible. People do not generally buy art to be sold again. A retailer, on the other hand, buys bread from a baker to be re-sold to restaurants or end consumers. In reality, people buy art, in this case music, to keep for their own enjoyment. Unlike visual art, the physical aspect of music is gone after it has been heard, which makes it instantly perishable. Music may physically take the form of compact discs and MP3s, but its real form and basis for its value is in its sound.

Since ancient times, people have been making music and giving it to people through live performances in exchange for some compensation. Edison’s invention of the phonograph in 1877, allowed music to be a vendible commodity for the first time. The invention of radio broadcasting in the 1920’s allowed the same music to be made available to more people, though rightly as a service and not as a vendible commodity. During those times, radio caused the sales of records to decline, until a counter-innovation, in the form of jukeboxes, raised sales again.

Innovation In Music ‘Vendibility’ And Its Recent Decline

The invention of tape records and compact discs improved the sound quality and therefore increased the value of vendible music commodities, something that radio could not match. This allowed the vendible music industry to rise in the late 80’s and 90’s artificially. The invention of digital music during the past decade, however, removed the ‘vendibility’ of music because it allowed people to enjoy music directly, without the need for a middle man to add unnecessary things to it like packaging, distribution, or advertising. In short, technology allowed a more efficient and cost-effective way of getting musical enjoyment.

People tend to pirate because of the self-love that humans feel, manifesting as the love for things convenient for the self, while having the inability to easily put ourselves into the shoes of other people and sense their real suffering:

Nature seems to have so happily adjusted our sentiments of approbation and disapprobation to the conveniency of the individual and the society. Theory of Moral Sentiments Part 4, Section 1, Paragraph 14
..when there is no envy in the case, our propensity to sympathize with joy is much stronger than our propensity to sympathize with sorrow; and that our fellow-feeling for the agreeable emotion approaches much more nearly to the vivacity of what is naturally felt by the persons principally concerned, than that which we conceive for the painful one. Theory of Moral Sentiments Part 1, Section 3, Paragraph 5

Since the enjoyment of music is the end goal of music piracy, the pirate’s pleasure combines with his self-love and lack of fellow-feeling with the musician. This becomes powerful enough to disregard the pirate’s guilt at the musician’s revenue loss*.

*This principle is the same that breeds corruption and criminal activity. Politicians and criminals know that what they are doing is wrong. However, the pleasure that their nerves get from the ill-gotten money overrules any negative feeling that their conscience might produce. This is similar to the dynamics of addiction. The best solution is to prevent the addiction from growing in the first place.

On the other hand, we often see that it is the real fans (those who have a strong fellow-feeling with the artist), who go out their way to buy the musician’s vendible commodity. The support that they give is rightly recognized by Taylor Swift as ‘fan power’.

The decline of the vendibility of music leaves ’live’ music as the primary source of livelihood for most musicians, just as it has been for thousands of years before the invention of the phonograph. Musicians, just like any workers of society, have historically increased their revenue by addressing the needs of the society and through innovation. Classical music for example, which requires the skill of many musicians, grew in demand as the rich people of Europe grew in number during the mercantile and colonial periods. Likewise, the popularity of disco, hiphop, and contemporary R&B in the United States can be attributed to the increase in the African-American population.

Musicians can increase their revenue by innovating and ‘adding value’ to their music, or strengthening the enjoyment of the live musical experience, whether via radio, TV, internet, or in person. For example, Korean pop music or K-pop became popular when it added a comprehensive visual aspect – fashion, lighting, dancing, and beautiful people – through its music videos. All of these extras add value to even the most ordinary music that, when taken together, bring more impact to the mind. Musicians can also try other forms of creative expression to increase their revenue. For example, Madonna has proven to excel not only in music but also in acting.

Another strategy to increase the quantity of people enjoying the music or performance. This is done through having bigger performance venues and touring more areas. With the ‘invisible hand’ spreading economic development globally, more areas are getting rich enough to pay for quality live performances.

Taylor Swift’s optimism for the music industry is justified, not in the vendible aspect of music, but in the enjoyment aspect of music. The various methods of experiencing music through sound, visuals, and motion, spread more efficiently and cost-effectively via improvements in technology, allows music, as a natural creative form of expression and not as a commercial enterprise, to grow for the benefit of human society. The financial success of artists will depend on how they can address the entertainment needs of people, just as it has been for thousands of years. To make this more effective, building a loyal fan-base, having more innovative performances, exploring other modes of expression, and reaching out to more fans are suggested. 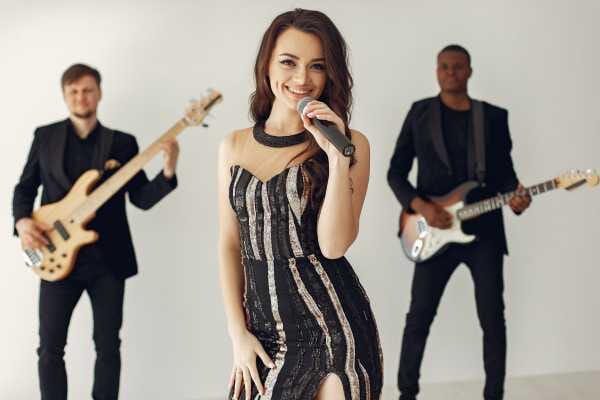 But such activities require a lot of money which only famous and bankable musicians like Taylor Swift have. How will indie and less famous artists build a fan base to get the economic support that they need?

How Pantrynomics Can Help Struggling Musicians

If an artist cannot catch the eye of big music companies, then they have to make efforts to catch the eye of society. After society “likes” them, then it is the job of society to fund and maintain such beneficial artists. Here is where our proposed pantrynomy comes in.

A pantrynomy is a community-based economic social network that funnels its excess revenues to funding employment that supports society, such as newsmaking and the arts. This prevents media from being corrupted into telling lies and artists from selling out.

Update: May 12, 2022
Basic Universal Revenue can maintain artists so that they can continue pursuing their passion even during disasters such as the current pandemic.

Superphysics
Back to Points Banking
Next How to solve inequality