Why is there no rent and wage maximization in Economics?

A key fallacy that is inseparably part of Economics, along with equilibrium, is the idea of profit maximization.

*Instead of equality, equilibrium, equations, or 1 + 1 = 2, Smith makes extensive use of ratios, proportions, balance, or 2 : 2, as prices are psychological and not physical in nature. We implement these ratios the most in our DCIT tool. This important difference is a reason why Smith and Hume’s Political economy is to be regarded as a totally different science from current Economics.

So how in the world did it enter and be so fundamental to Economics?

We trace its entry into economic thought through the Marginal Revolution, specifically with William Stanley Jevons who combined John Stuart Mill’s flawed utilitarianism philosophy (the pursuit of private pleasure) with Calculus.

PLEASURE and pain are undoubtedly the ultimate objects of the Calculus of Economics. To satisfy our wants to the utmost with the least effort—to procure the greatest amount of what is desirable at the expense of the least that is undesirable—in other words,to maximise pleasure is the problem of Economics. William Stanley Jevons

Math is for Nonliving Things Which Have No Free Will

In essence, this combines a bad philosophy with a mathematical tool that is not meant for humans. Smith wrote a whole chapter explaining the dangers of utility.

Mathematics applies to physical, unconscious objects which have no free will, and not to human minds which can change drastically. Through math, you can predict precisely where a ball will fall. But you can never accurately predict a person’s actions, much less those of a society through numerical data.

If a 100% perfect prediction of human behavior were possible, then there would be no such thing as recessions, wars, and terrorism, as humans naturally avoid pain. Philosophically, this would imply that everything in existence is predetermined, which in turn would destroy the concept of free will.

According to David of Libertas Bella , Mill spent most of his life working for the British East India Company, during which time he championed British imperialism. That company was among the most profitable organizations in the world, so it’s not a surprise why he would champion the pleasures from utility, as well as the freedom to pursue that utility.

Once a person has tasted pleasures, he wants them more and more, eventually leading to excess:

In every civilized society which has the distinction of ranks, there were always two systems of morality: the strict or austere and the liberal or loose system. The austere is generally admired and revered by the common people. The loose is commonly more esteemed and adopted by people of fashion. The vices of levity is apt to arise from great prosperity. It leads to the excess of gaiety and good humour.

Why is Profit Maximization Wrong?

To get more pleasures, people of liberal and loose morals advocate profit maximization, as what was predictably done by Mill.

According to Adam Smith, profit is one of three kinds of revenue in society, the others being rent and wages.

In a healthy society, all revenue is fairly distributed, according to natural rates, by agreements or higgling and bargaining, between:

If more revenue goes to one class than natural, then the other classes get starved of revenue. This then prevents them from doing their role in society well.

If most of the revenue goes to the merchant class, then:

This often leads to some kind of crisis which the merchant class can avoid by moving overseas, unlike working and ruling classes who stay stuck with the problem.

It would be like a basketball team where all of the salary goes to the star player, such as Lebron James, and the four other members play for food. This would cause the team to fail and Lebron to simply move to another team to continue enjoying his high salary.

*Update June 2021: We can thus make an analogy that utilitarianism is a kind of virus that infects the merchant class the most, allowing it to spread naturally around the planet. Neo-liberalism then is the resulting pandemic that has infested the earth, destroying societies and the environment along the way. 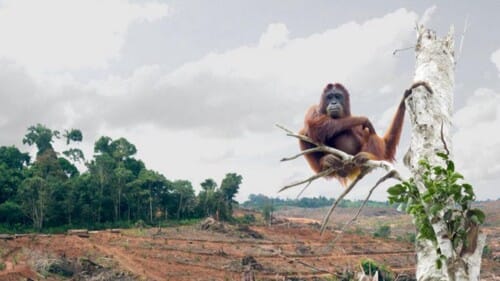 There is a lot of bullion alternately imported and exported for foreign trade in all great commercial countries. This bullion circulates among commercial countries in the same way as the national coin circulates in every country.This bullion is the money of the great mercantile republic.The national coin receives its movement and direction from the commodities circulated within the country. The mercantile republic’s bullion gets its movement from the circulation between countries.

The merchant class ends up concentrating this revenue within the mercantile republic (tax havens) through investments in overgrown sectors such as technology, oil, and financial services, which are among the only remaining profitable ones. These lead to Dot Com bubbles, Oil crises, and Financial Crises respectively. .

The monopoly of the colony trade broke that natural balance of British industry. British industry was turned to suit one great market instead of many small markets.
In her present condition, Great Britain resembles an unwholesome body with some overgrown vital parts. Her blood vessel was artificially swelled beyond natural by the industry and commerce forced to circulate in it. A small stop in that great blood-vessel will very likely bring the most dangerous disorders on the whole political body. Simple Wealth of Nations, Book 4, Chapter 7

In the past, big socio-economic disorders have been caused by small ‘stops*’.

*Update July 2021: The small stop for the current crisis turned out to be the tiny SARS-Cov2 virus

From a philosophical perspective, all these are absurd.

How Can We Get Rid of Profit Maximization?

Smith’s solution wasthe establishment of perfect economic democracy for all three classes, through the ruling class (thus the name Political Economy) or in the government regulating economics, not to control it, but to ensure that no class dominates the others.

A moderate and gradual relaxation of the British exclusive trade to the colonies, until it is rendered free, is the only expedient which can deliver her from this danger in the future. It can turn her capital towards other employments,though with less profit. By gradually reducing one industry and increasing the rest, this relaxation can restore her industry to that natural and healthy proportion which perfect liberty necessarily establishes. Perfect liberty can alone preserve this natural balance. Simple Wealth of Nations Book 4, Chap. 7

This economic democracy would lead to more competition and lower nominal prices, but greater revenue on the whole. Smith advocated lower profits and the regulation of overgrown industries as a solution to Britain’s bad situation then.

In the current context, this equates to breaking up big corporations, banning mergers, increasing competition, and producing lower profits which would naturally force some to move to other industries needed by society. However, all these run counter to Economics and private pleasure.

To truly solve current economic problems, an alternative science to Economics must be created. Without it, any ’economic reform’ will merely be a workaround that cannot produce real, lasting solutions.

Pantrynomics is a complete economic science derived entirely from Smith’s Political Economy which is ultimately based on Hume’s Metaphysics or Science of Man. Included in this science is the clear definition of perfect liberty* as dharmic or taoic liberty which puts emphasis on society and real happiness or lasting peace, instead of giving too much focus on the self (ego) and its temporary pleasures.

This science is then used to create a pantrynomic system tasked to implement this liberty and prevent the problems of the old one.

*In the absence of splitting up giant corporations, our bottom-up solution is a moneyless system that is NOT based on gifts

Because of the ambiguity of the English language, liberals frequently equate perfect liberty as a free-for-all. This, however, can easily degenerate into a ‘survival of the fittest’ system as observed in animals which have no respect or ‘fellow feeling’ for each other.

Some advocate an ’enlightened’ self-interest but do not define what enlightened is.

To remedy this ambiguity, we create a new term ‘dharmic liberty’ to imply liberty with regard to the invisible hand of the Tao or human dharma. It is the freedom to act within the common interest, just as svadharma or personal dharmic liberty acts within one’s conscience.

Without dharmic liberty, societies would merely stay exposed to big socioeconomic problems, since global capital is currently very much centralized in investment banks and institutions, whose singular decisions can crash markets arbitrarily.

At the moment [2015], such problems can be seen afflicting the Middle East, through the Arab Spring, which began as socio-economic protests, and ended up with the destabilization of their own governments and the suffering of their own people.

More generally, this manifests as the rising inequality which will be felt by more and more people very subtly (especially by millenials) as time goes by.

Such are the unfortunate effects of all the regulations of the mercantile system! They introduce very dangerous disorders into the political body. Those disorders are often difficult to remedy without creating greater short term disorders. Simple Wealth of Nations Book 4, Chapter 7
Updates
2/2017 added reference to Pantrynomics 6/2021 replaced social liberty with dharmic or taoic liberty

Superphysics
Back to Why QE failed
Next consumption-motive