We are moving our site to https://superphysics.org. Please update your bookmarks accordingly. Thanks!
How Economics Leads to Crises

The biggest fallacy of Economics is Market Equilibrium which is taught in basic economics or ‘Econ101’ everywhere as the supply and demand curve forming an ‘X’ and meeting in a state called ’exact equilibrium’.

Adam Smith exposed this as mercantile sophistry in the 18th century, then called the ‘balance of trade’. To prove that this idea of ‘balance’ is the same in essence with the ’equilibrium’ of economics, let’s compare the philosophy behind both ideas. 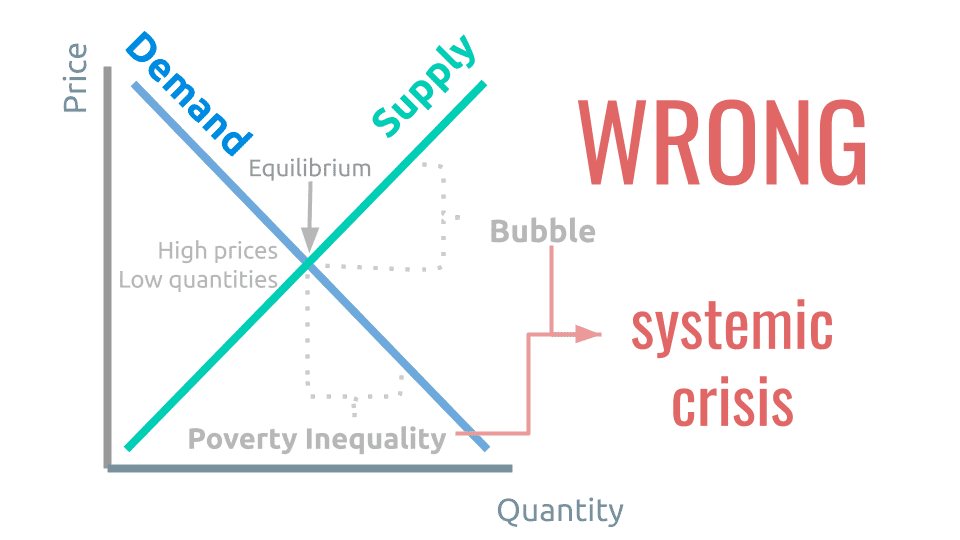 The Law of Demand

Modern Economics began with Paul Samuelson’s neo-classical synthesis which described a downward sloping picturization of the ‘Demand Schedule’*. It means that the price of a thing goes down the more abundant it is:

When the price of a good is raised (at the same time that all other things are held constant), less of it is demanded. 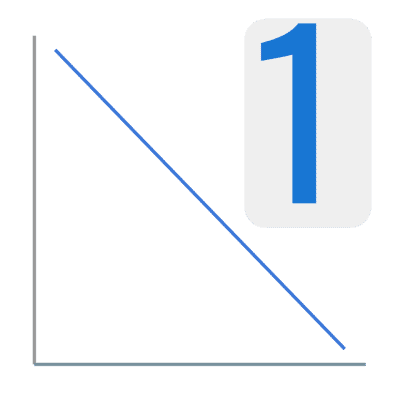 He then goes through a few more paragraphs to prove this.

Smith uses only four sentences to explain this from the viewpoint of an impartial spectator (not as a buyer nor seller):

Like Smith, Samuelson also gives the example of water. However, Samuelson’s version observes this phenomenon from the viewpoint of business or the supplier first instead of the buyer or demander. This is important because in reality, the buyers are made up of people in society. This subtle fact might not catch the attention of a casual reader, but it can be seen by a dialectician (a non-shallow philosopher).

Thus a first reason for the validity of the law of downward-sloping demand comes from the fact that lowering prices brings in new buyers. Economics, page 61

Smith points to Thomas Mun’s England’s Treasure on Foreign Trade as the origin of equilibrium, so we look for Mun’s version of the demand curve. 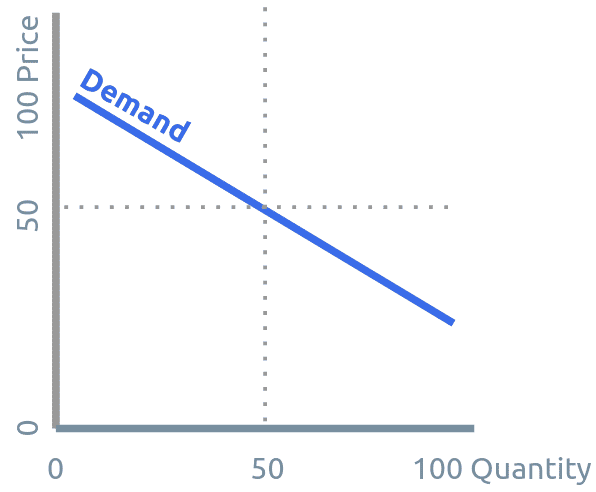 Digression on the 'Law' of Demand: Creating the non-problem 'paradox of value' to justify the fallacy called Profit Maximization

Many economists, including Samuelson, cite Smith’s example as a 'paradox of value', where in fact, there was never a paradox to Smith. Anything that is difficult to obtain yet desired by the mind, such as diamonds, simply will naturally have a higher price than that which is easy to obtain, like water. Economists create a paradox in order to justify the creation of the concept of marginal utility to ‘solve’ the paradox. This marginal utility requires the quantification of pleasure or utility, which is then ‘maximized’ as ‘profit maximization’ -- the second key fallacy being perpetrated by Economics.

By destroying the paradox of value, then value is properly kept as subjective instead of being objectified into numerical increments. This will then make profit maximization lose its top importance in the minds of businessmen and people in general. This then will make businessmen, investors, and entrepreneurs shift their focus on the actual non-numerical, non-quantifiable benefits that their businesses create.

We see that the demand curves of Smith the moralist, Samuelson the businessman, and Mun the merchant are the same.

Next, we look at the Samuelson’s Supply curve to see that it is also business-first:

The supply..curve is..the relation between market prices and the amounts of the good that producers are willing to supply. At a higher price of wheat, farmers will take acres out of corn cultivation and put them into wheat. In addition, each farmer can now afford the cost of more fertilizer, labor, machinery.. All this tends to increase output at the higher prices offered. If society wants more wine, then more labor will have to be added to the same limited hill sites for producing grapes.. according to the law of diminishing returns.. the necessary cost to coax out additional product will have to rise.

Samuelson says that suppliers react to society’s high demand for a product (which manifests as higher prices), which then motivates them to produce more of that product. Because of natural limitations, the costs of producing each additional product eventually increase and this leads to higher prices at higher quantities.

In this version, the main cause for the rise in prices with rising quantity is the rising cost of production. Thus, we will call this the manufacturer’s version of the supply curve.

In our sales overseas, we must think of our neighbours' necessities, so that we can produce as much of the goods they want that are unavailable anywhere else (besides raw materials), and also sell them dear as long as the high price does not reduce our sales. Simple England's Treasure, Chapter 3

When the Merchant is able to sell his goods overseas, he returns to buy more local goods. This raises the price of our local commodities, and consequently improves the landlords' rents as the leases expire daily. This money, gained by the nation, enables many men to buy lands and make them the dearer. Chapter 5

While Samuelson’s supply curve will lead the producer to want to own all the land, the curve of Mun will lead the merchant to want the collapse of all other merchants. The perfection of the former is done through a war for territory as seen in World War I and II, while that of the latter is done through a trade war, best seen in the War of Jenkin’s Ear (Update Sept 2021: and also by Trump’s trade war with China).

This mercantile supply curve is also seen in modern economics textbooks as the “ultra-short run supply curve” which is based on profits instead of costs. Samuelson seems to downplay the profit motive in order to emphasize the law of diminishing returns, whereas modern textbooks seem to go straight for profits.

Smith’s supply curve can be seen in Book 1 of The Wealth of Nations, and like Samuelson, is based on cost and not profits.

When the price of any commodity is neither more nor less than what is sufficient to pay the rent, wages, and profits employed in raising, preparing, and bringing it to market, according to their natural rates, the commodity is sold its natural price... The natural price is the lowest price that a dealer can sell his goods for any considerable time in the state of perfect liberty, or where he may change his trade as he pleases. Wealth Of Nations Book 1, Chapter 7

Unlike the producer’s or mercantile supply curves which slope upwards, Smith’s pantrynomic supply curve slopes downward to represent less effort and energy expense while production increases, in a phenomenon called economies of scale or division of labour.

Smith’s supply curve is in the left side sloping downwards, representing efficient production, while Samuelson’s is the one on the right, representing diseconomies of scale or when the production is being forced beyond its natural rate or limits.

All Economics books that discuss the upward sloping supply curve have no choice but to admit that it is caused by inefficiency:

Often an individual firm’s ability to respond to an increase in price is constrained by its existing scale of operations, or capacity, in the short run. For example, Brown’s ability to produce more soybeans depends on the size of his farm, the fertility of his soil, and the types of equipment he has. The fact that output stays constant at 45,000 bushels per year suggests thathe is running up against the limitsimposed by the size of his farm, the quality of his soil, and his existing technology. Case & Fair, P. 62

The Supply Curve of Economics is Wrong (Unnatural)

This admission means that the upward sloping supply curve is unnatural. If a company is unable to supply the needs of its customers, then other companies can enter and address those needs, relieving the original company of the need to produce unnaturally and inefficiently.

Therefore, the upward sloping curve can only be true if the company had a monopoly and could charge high prices at higher quantities. This means that both the mercantilist and manufacturer’s supply curves exist only in a non-free world, or one that follows a survival-of-the-fittest doctrine, which Smith explains simply:

The price of monopoly is.. the highest.. The natural price, or the price of free competition.. is the lowest.. Wealth Of Nations Book 1, Chapter 7

Thus, we see that the supply curve of modern economics, first established in the 1870’s in Europe and then globally through Samuelson, unnoticeably establishes the idea of monopoly, war, and trade war as a natural state.

Update July 2021: This is consistent with history:

In neoclassical economics, established way before Samuelson, the short supply curves slopes upward because of diminishing marginal returns, only the long-run supply is based on AC and that is not necessarily upward sloping. 2022-05-01

Social
Back to Fallacies
Next equilibrium-fallacy-2