I came upon a video explaining the Marxist view of use value and exchangeable value. It was easy to see the difference between the values of Marx and those of Smith.

By reading Marx’s flow of ideas in Section 1 of Capital, Marx’ mind seems to view every economic thing from the viewpoint of matter first. He generally disregards the human mind or the perceiver of that matter.

In contrast, Smith’s mind in The Wealth of Nations sees everything from the viewpoint of the human mind first. He goes into the interests of each sector of society to see the cause of the economic actions.

In a nutshell, Marx takes the materialist approach, similar to Say and Malthus, while Smith takes the metaphysical approach, similar to Hume and Socrates. The dialectical method of Socrates uses two or more people who argue about a single thing. This technique is used by Smith to split himself into different ‘spectators’ in order to have mutliple perspectives about a thing. The ultimate spectator is then the impartial spectator represented by his moral sense.

Problems Created by Materialism in Economics

So what’s so bad with the materialist approach in Economics, or with ignoring the human aspect?

In the lecture, Prof. Harvey correctly acknowledges that exchangeable value is the cause of the current economic problem. However, he is unable to create a clear, direct solution.

This is partly because Marx defined exchangeable value as something assignable to all objects, and this something can only be money. Whereas Smith defines exchangeable value as rooted in the purchasing power of a product or service, which is then rooted in the toil and trouble saved or pleasure created by that product or service. This toil and trouble is objectified as food, specifically as grains.

Materialism traps Marxist economics into money, which of course is the expertise of the rich or the bourgeoisie. Marx has no other way to solve this, so his ultimate solution is to eliminate exchangeable value altogether and use only use-value. However, without a means to exchange, rationing becomes the only way to circulate commodities in a society.

Rationing removes freedoms and puts immense burdens on the rationer, which is usually the government. The lack of freedom directly goes against the freedom espoused by socialism and communism. In time, this opens up possibilities of injustice, as seen in North Korea and Venezuela. This is opposite of the social justice that those systems were meant to create.

Any attempt to eliminate exchangeable value will only cause rich people to leave. The problem is that they are also usually the experts in industry or in producing goods and services. This then creates a bigger problem when the amount of goods and services decline drastically. This is also the opposite of what Socialism and Communism intended. 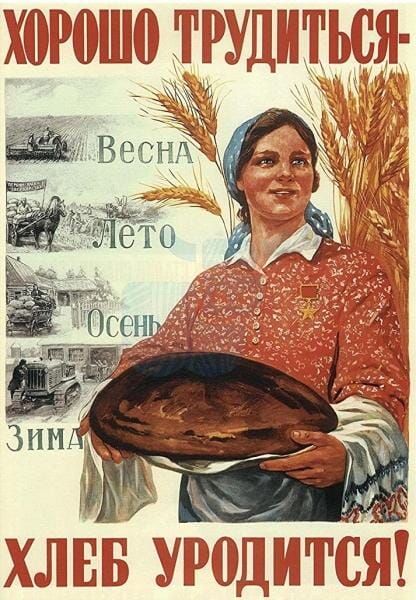 Without the factoring in the mind, economics becomes mechanical. This violates human nature which is non-mechanical.

By focusing on the physical aspect of labour and removing its psychological aspect, Marx inadvertently turns humans and human economics into machines and machine economics. The same problem affects Capitalism which treats employees and workers as slaves.

It’s easy to ration or budget the fuel to a fleet of cars to keep them running, but no mathematical method can be used to fairly ration food or products to a nation’s citizens since their needs and wants always change. In addition, even if a country’s whole resource allocation system were condensed into a precise formula, some people would merely play the system to get more resources. This would leave more economic injustice to those incapable of playing. In the real world, this is seen in the rise in corruption in both Communist and Capitalist countries as people play the system and court the favour of the rulers.

Materialism caused the problem, so it cannot possibly create the solution

The whole problem of unstable and unjust exchangeable value was created by negating psychology or the toil and trouble of society, in favor of either materialist production in Communism or profitable production in Capitalism. Thus, neither system, nor any materialist system that focuses on objective products distribution or objective price mechanisms, can provide the solution.

In fact, the likely solutions of Capitalism of Modern Monetary Theory and the Communist solution of eliminating exchangeable value, will only worsen the problem. Our pantrynomy derived directly from Smith’s requirements in The Wealth of Nations, can solve the problem by focusing on the trade or agreement between the people themselves, instead of focusing on the objects that they are trading with. This system has the following components:

The neglect of toil and trouble is also evident in the Labor Theory of David Ricardo, which will be the next post.