The Foundations of Classical Mechanics and Special Relativity are Unsatisfactory

Newton’s First Law is only valid for non-moving K which:

Relative to other reference-bodies K, the law is not valid.

Both in classical mechanics and in special relativity, we differentiate between: 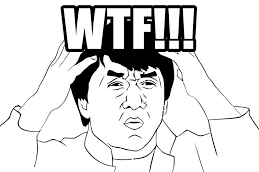 *Superphysics Note: No, they are not more important or have more priority to Nature. All reference-bodies or viewpoints are of equal importance!

A gas range has two identical pots with water. Steam is being emitted continuously from Pot A which is on a flame, but not from Pot B which has no flame. I can see that the flame causes steam. If both have no flame but Pot A still gives steam, then I will be puzzled.

Similarly, I seek in vain for a real something in classical mechanics or special relativity which causes gravity which creates the different behaviour of bodies from viewpoints K [inside the box] and K'* [outside the box].

Newton saw this objection and attempted to invalidate it, but without success*.

*Superphysics Note: Here, Einstein explains that he invents inertial mass (and therefore the preference to relativistic spacetime) simply because he couldn’t find the cause for gravity. So he sources it from Newton’s Second Law in a spacetime that is in perpetual movement. This is why gravity in his General Relativity is not a force that acts from afar, but a warping of spacetime that changes movements of perpetually-moving objects. The cause of gravity has already been identified by Descartes as aethereal vortices. Newton discarded Descartes and so he couldn’t identify the cause of gravitation.

But E. Mach recognised it most clearly. He claimed that mechanics must be placed on a new basis. It can only be solved by GR since its equations hold for every body of reference, whatever may be its state of motion.