We are moving our site to https://superphysics.org. Please update your bookmarks accordingly. Thanks!
The same as David Hume-level Critical Thinking

What is Socratic Dialectics?

The Original Dialectics, Based on the Nature of Things

The Dialectics of Socrates, or David Hume’s science of man, is a system of analysis based on the invisible metaphysical True Nature or Dharma or Tao* of anything that exists in reality.

Its goal is to solve real, visible problems in order to keep up with that invisible nature, dharma, or tao. Or rather, problems crop up when one goes against that dharma or tao. For example, loading a pickup truck with 2 tons of load when it was only designed for 1 ton will cause problems. 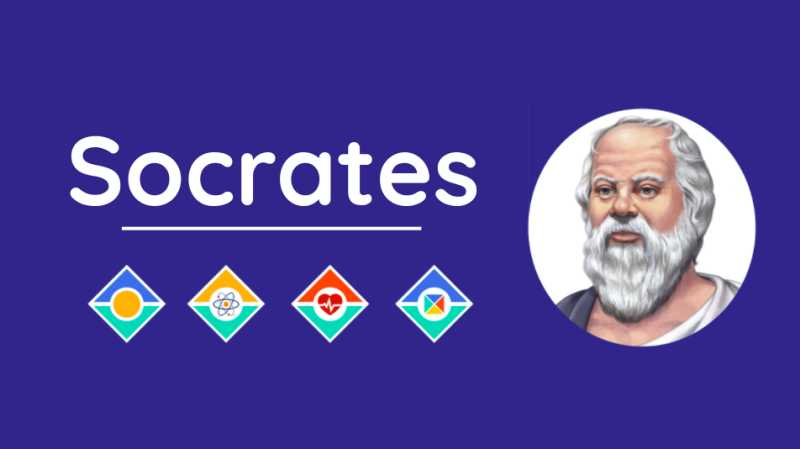 *Dharma is the passive version. The Tao is the active ‘flowing’ version. Both have reference to metaphysical causes or the Supreme Entity. Lowercase dharma and tao are the ordinary version in nature. Similarly, ‘True Nature’ is anchored in something Divine and invisible, while ’nature’ is what is ordinarily inherent.

Dialectic alone goes directly to the first principle. It is the only science which does away with hypotheses in order to make her ground secure. By her gentle aid, she lifts up the eye of the soul which is literally buried in an outlandish slough. She uses as handmaids and helpers the sciences in the work of conversion. Custom calls them sciences. But they should have some other name implying greater clearness than opinion and less clearness than science. We called this "understanding".

Unlike spiritual theories which are often useless, Socratic Dialectics is meant to solve real world problems. This makes it more in line with science and technology than philosophy.

The Pythagoreans who have enquired about harmony. They are wrong as the astronomers. They investigate the numbers of the harmonies which are heard. But they never apply them to problems. They never reach the natural harmonies of number, or reflect why some numbers are harmonious and others not.. Their pursuit will be valuable for our objects if all these studies reach the point of inter-communion and connection with one another and become considered in their mutual affinities. Until then, there is no profit in pursuing them. The Simple Republic by Plato Book 7, Chapter 4

Science and Math versus Socratic Dialectics and Data Science

Archyta invented the Categories. He may be regarded as the founder of ancient Dialectics.

The opinions of Empedocles coincide with those of Aristotle. Empedocles authored the doctrine of the Four Elements. He may be regarded as the founder of [its rival] ancient Physics. Simplified Origin of Philosophy, Adam Smith

Science then uses math to plot the patterns of those physical perceptions. From those patterns, it tries to work back to the cause.

*Superphysics places the root cause of such viruses or spirits as coming from stars , just like all matter comes from supernovae (star explosion)

Math, on the other hand, is confined to physical perceptions. The best that math and science can do is to speculate on the causes of problems based on the pattern of effects. It’s like a blind man groping in the dark to discover where he is or what’s around him.

For example, science knows that global warming is caused by greenhouse gas emissions. But it is helpless in actually solving those emissions which is rooted in the love for the causes of emissions – eating meat, using electricity and oil, clearing ugly forests to build beautiful real estate, etc.

Surely the skilled mathematician is not a dialectician. Socrates, The Republic Book 7

But not all data is useful, just as not all interpretations are valid. To solve this, Socratic Dialectics uses wise minds to churn, project, then weed out the bad data and interpretations to preserve only the good and solid ones. Such minds have a more solid grasp of both metaphysics and physics or science and have no bias.

Socrates does this churning process as the Socratic method wherein a wise mind takes an idea from a theorist and then walks forward with the theorist’s mind towards the projected effect of his idea, or backwards in order to discover the cause together.

The natural contradiction between the metaphysical and physical dimensions then manifest as the “contradictions” which Hegel emphasized.

A person will find himself at the top of the intellectual world when he tries to discover the absolute by the light of reason only [via intution], without the help of the senses, and perseveres by pure intelligence until perceives the absolute good [dharma or tao]. This is the same as the sight that has seen the visible. This progress is called dialectic.

The Simplified Republic by Plato

The Simplified Parmenides by Plato

Nowadays, this manifests as peer reviews where new theories and interpretations are filtered out by senior academics* who are supposed to have a better grasp of principles.

*In contrast to scientific peer reviews where the academic is a master of material principles, dialectical peer reviews are done by senior metaphysicians (dialecticians) who have a solid grasp of both Eastern and Western metaphysics. Unlike the academic who is verified by a man-made PhD, the seniority of a dialectician is verified by his track record of predicting things correctly (ideas matching reality). For example, he can predict that a policy on mask-wearing will be accepted by City A but rejected by City B.

Inferior theorists, such as Kant, would likely be filtered out by such minds*. This explains why Kant attacked Dialectics:

Dialectics is a logic of illusion. It is a sophistical art for giving ignorance and intentional sophistries.. it teaches us nothing regarding the content of our cognitions. It merely shows the formal conditions of their accordance with the understanding, which do not relate to and are quite indifferent in respect of objects. Any attempt to employ it as a tool to extend our knowledge must end in mere nonsense since anyone can oppose any assertion.

*For example, the collapse of the USSR clearly shows that the ideas of Marx and Lenin were wrong. Thus, they can never be regarded as Socratic dialecticians. On the other hand, the ideas of The Prophet Mohammad, Jesus, and Buddha have persisted and flourished. These prove that they are in line with the True Nature of things.

MoT then becomes the foundation of Superphysics. Unlike metaphysical principles which are purely theoretical, MoT must survive in physical reality, either as actual evidence, demonstrations, or successful predictions.

Examples of real-world evidence are:

The German Corruption of Dialectics

The Germans were good at math and so they corrupted dialectics into a system that deals with effects and not with the cause. Instead of focusing on the metaphysical aspects of dialectics, Hegel focused on the churning of data which he represented with historical events.

Engels and Marx then fully corrupted this idea by saying that the churning was caused by physical conditions as materialism. A better churn would result if the material conditions were mastered. The dialectical materialism of Marx resulted in evil, suffering, and death, which are the opposite of what the dialectics of Socrates aimed for.

Since then, the metaphysical and dharmic nature of Socratic dialetics have been forgotten. Dialectics nowadays refers to Hegel’s dialectics that do not have any metaphysics nor even any mysticism*.

*The Republic clearly talks about reincarnation and chakras in the Story of Er . This adds to our dialectical dataset which also includes those from Hinduism and Buddhism. These then lead to principles in Medical Superphysics that mirror Ayurveda, Chinese Medicine, and Homeopathy

Materialism, from both the German and British philosophers of the 19th century, extinguished the Enlightenment and led to World Wars, Communist Revolution, and the spread of profit maximization from Modern Economics which caused the 1929 crash and many financial crises.

These problems exist until today as terrorism, inequality, and global warming disasters, all because the same materialistic root from Hegel’s time was never removed. Materialistic science will not be able to solve the problems created by materialism. Only Socratic dialetics, with its metaphysical base, can go out of the box and see the problem with new eyes.

This upgrade manifests as the huge amounts of data and information absorbed and processed by the dialectician from all sources anywhere in the world in all of human history which the scientist neglects or refuses. For example, scientists refuse to regard myths and metaphysical works as information. They immediately refuse ideas from Ayurveda, Feng Shui, Reiki, souls, aliens, other dimensions, etc.

Dialectics is unbiased and so it can take this mass of ideas to be churned in order to extract common patterns that can lead to more solid principles. For example, it takes the observations on the levitation of Buddhist monks and the zipping of UFOs to add new possibilities of movement and propulsion to benefit space travel. These observations are then put into the black box of dialectical principles we called The Metaphysics of Things (MoT) in order to create new ones .

This system of collecting all possible data and then churning them with MoT in order to come up with solutions is then called Superphysics. The trigger for the original dialectics of Socrates was the prevalence of writing and literature among the Greeks. The trigger for Superphysics is the internet and all the content loaded in it.

In the evolution of human understanding, Superphysics is the next and last stage after science.

How We Apply Socratic Dialectics

We use the Socratic dialectical approach and the scientific approach to solve Covid symptoms:

the science of harmony, is a laborious study and this is why we should learn it. It will tell us whether there are any other applications of these sciences. At the same time, we must not lose sight of our own higher object.

Notice how the Socratic dialectical approach is more laborious and lengthy than the scientific approach. This is evident in Socratic dialogues which are made very long by the dialectician expounding on every minor topic in order to reveal its true nature, which will in turn reveal the true nature of the bigger picture.