We are moving our site to https://superphysics.org. Please update your bookmarks accordingly. Thanks!

The Modern Economic Table is a flowchart invented by Francois Quesnay of the Physiocrats in the 18th century.

They say that it serves as data-driven proof of how real wealth is generated from agriculture and mining instead of from manufacturing and services which merely add value. 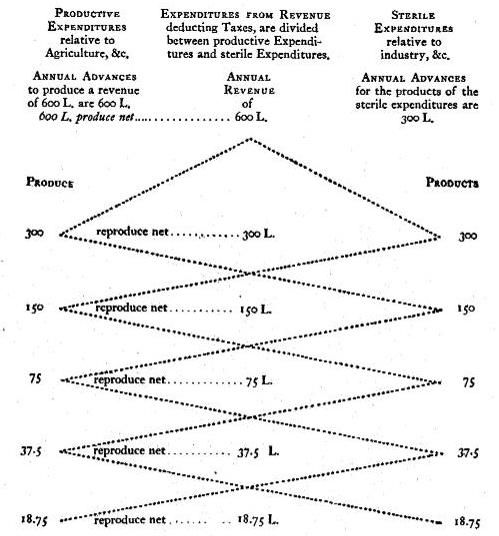 Of course, this is not totally true. It is true that raw materials and agriculture create value from scratch, as coming from Mother Nature. But the value added by manufacturing and services might just be as valuable, or even more valuable than the initial value created from Nature.

An easy proof is Singapore which has zero agriculture and extractive industries, yet is very wealthy because of its commerce and manufacturing. This is also true for Japan and South Korea.

But since those countries would be nothing without those foreign imports, then we can say that the Physiocrats are correct in a broad, general sense.

Update: July 2022
The inflation in Singapore from the global food crisis is proof that a zero-agriculture policy is not so sustainable

The Physiocrats vs Modern Economics

The Physiocrats’ Economic Table advocates the mechanization of agriculture and extraction in order to maximize the raw material output which is the basis for further processing and manufacturing.

We do not mean the small-scale cultivation carried on with oxen. This ungrateful cultivation reveals the poverty and ruin of the Nations where it prevails. It has nothing to do with the order of the Table. Francois Quesnay
Maxim 7 Complete Circulation: Let the sum total of the revenues be annually returned into and along the entire course of circulation; let no money fortunes be accumulated
Maxim 10 Revenue Expended in the Country: Let none of the revenue pass into the home of the stranger without return either in money or merchandise.
Maxim 24 Balance of Money in Trade is Illusory: Let no one be deceived by an apparent advantage in reciprocal commerce with foreign countries, which is simply a balance received in money, without examining and comparing the profits that result from the merchandise one has sold and the merchandise which has been bought. Francois Quesnay

Our Modern Economic Table is an Online Ledger

This regulation is done through the Economic Table which lists the chain of transactions that are involved in turning a raw material into a finished product which then manifests as wealth. The chain shows the increase in the market value and the natural price of a commodity as it is processed subsequently by human effort .

We then implement this transaction system as a ledger of points-transactions. 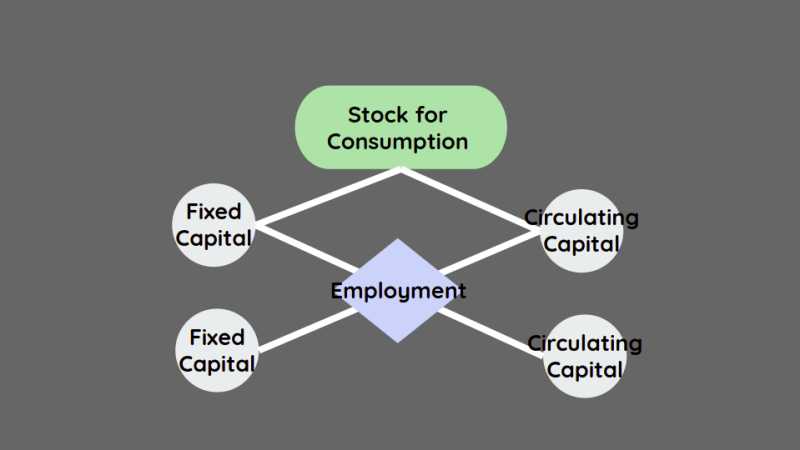 In this way, the ledger can show the real price of products, commodities, and services relative to grain. This will then relativistically reveal which companies and industries are generating the most wealth for the least expense.

Modern Economics has no concept of real or natural price because it is grounded on money, which wipes out the relativity of real prices in order to create arbitrage and profit maximization. This then explains why economic systems are unstable and have systemic risk.

Pantrynomics uses the ledger-based comparison of subjective market price (effect) to its objective natural price (cause) to achieve 2 goals:

When done online and with machine learning, this can lead to granular adjustments of tax rates for every kind of commodity. In this way, public revenue is increased without stifling economic activity.

Taxation can also be used more quickly to respond to sudden events like natural disasters in order to drive donations and rebuild capital faster. It can also be used to stifle harmful activities like deforestation or pollution.

This would make taxation much more convenient since it is imposed automatically. There would be no more need for filing income taxes because the tax due is computed automatically with each commercial transaction or barter exchange

This then would allow an Investment Fund to adjust its rate of return in order to pump up underinvestments and reduce overinvestment.

As you can see, Pantrynomics has a lot of tools to grow an economy while preventing monopoly, inequality, and poverty that is simply unthinkable in Economics. The next post will explain the last tool, which is the DCTI.

Social
Back to The Eagle
Next DCTI