Based on Adam Smith's Digression on Silver

The Alternative to GDP

Pantrynomics will use Purchasing Power as its alternative to GDP, as explained in The Digression on the Value of Silver of the Wealth of Nations.

To do this, he had to write about:

In the same way, we want to objectively prove that GDP (measured in dollars instead of silver as non-food produce) is not a proof of the wealth of a country. Instead, it is the collective grain value (main food produce) that a society needs in order to gain possession of all the cars, iPhones, bus tickets, real estate, etc. in that society for a certain timespan. 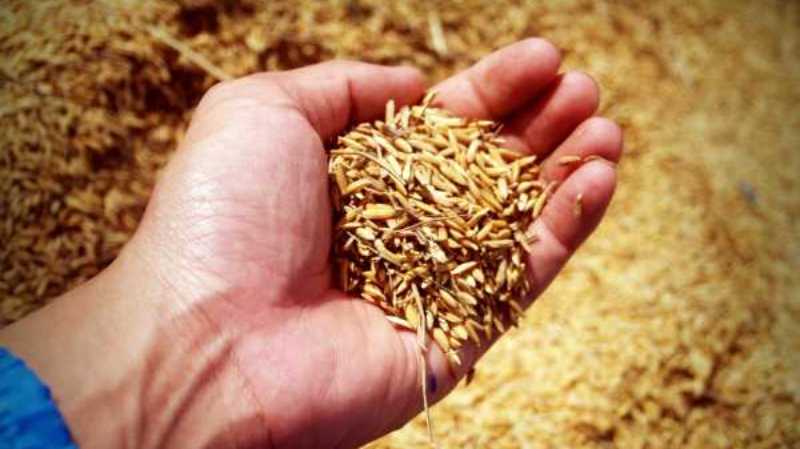 This grain value emodies the purchasing power of a person or a society. Without food, no one can do work to mine metals, make cars, inspect real estate, code websites, build infrastructure, etc.

The individual and aggregate purchasing power of a city or country is then compared to itself in the past or with other cities or countries. In this way, we can more easily say whether the US, China, or the EU is really wealthier and which country’s wealth is based more on real value, instead of fake or nominal value.

Who wouldn’t want to live in a country that has more real value and is more resistant to economic crises?

Finding an easy proof of a country's prosperity may be useful to the public.

Basically, the aggregate purchasing power of a society or Net Domestic Product (NDP) is its GDP minus the revenue of its entire financial system which we notate as:

The money which circulates the society's whole revenue among its members makes no part of that revenue. The great wheel of circulation is different from the goods which are circulated through it. The society's revenue is in those goods, not in the wheel that circulates them.
In computing any society's gross or net revenue,we must always deduct the whole value of money from the whole annual circulation of money and goods. The value of money can never make a part of the society's gross or net revenue.

Money and finance are just tools to circulate real value as services (haircuts, cleaning, construction, utilities) and products (iPhones, potatoes, clothes). They are not real value or wealth themselves.

This approach deducts the effort of society in maintaing the money-system that circulates the real value between people. Currently, this effort manifests as the banking, financial, and insurance systems. In the past, it was the imperial system of the Romans and ancient Chinese made up of a rent-seeking class* of tax collectors and eunuchs.

*Pantrynomic systems aim to reduce corruption by reducing the rent-seeking and profit-seeking classes through automation. Unlike the fallacious systems of Communism and the Resource-based Economy where technology is used to create value, in Pantrynomics, technology and artificial intelligence are used to maintain value.

The expenses for finance charges, insurance premiums, interest payments, credit card annual fees, etc. all go as into the gross revenue of banks, fintech, and financial institutions. These are therefore deducted from the GDP to arrive at the NDP.

For example, the GDP or gross revenue of Singapore is nominally $323.9b. Its purchasing power would be the GDP minus the entire gross revenue of its financial and insurance system for that year. This includes its social security and pension system.

Why do we need to deduct the entire financial revenue?

(Update Jul 2021) Currently, GDP includes the revenue from financial activities, which Smith classifies as unproductive labor and can never be the solid foundation of any economy*. > *Singapore, Hongkong, and Switzerland can base their economy on financial services because they are tiny countries serving global customers. A recent proof* is Lebanon's GDP which was artificially propped up by state-run financial ponzi scheme. When that scheme collapsed, their GDP crashed suddenly, leading to instant unrest, violence, and death. A larger example is the 2008 Financial Crisis that was left unchecked, as to lead to the Great Recession and secular stagnation. > *An older example is the Mississippi Scheme by John Law in France. An NDP system would expose the lack of real value in an economy immedately so that policymakers or the people can take appropriate measures, instead of being fooled into complacency.

Governments will likely stick to the GDP system instead of computing the revenue of its financial system. So we can build the NDP from the bottom-up by computing the actual purhases of people relative to the past and those of other countries.

For example, the value of the purchases of a sample of five random people for this month can be compared to their purchases last month and last year. To eliminate the financial aspect, we peg the value to grains, through a grain index, instead of money.

This means that chicken is really cheaper in the Philippines, meaning that while Vietnamese enjoy cheaper rice, Filipinos enjoy luxuries better (to Smith, meat is a luxury).

This is consistent if we replace chickens with cars. A Toyota Vios is 16,000 kg rice in the Philippines, but 44,250 kg rice in Vietnam.

This would then guide people on which cities or countries they might want to move to, in order to match their social status, fulfilling the requirement of Adam Smith that our model must have a practical use. The rich could use this to justify moving to Singapore, while the lower classes might use it to decide to live in the Philippines or Vietnam.

This system can of course be used for policymaking. Both Economics and pantrynomics will conclude that Singapore is the most prosperous country and Vietnam the least prosperous of the three, from the supply side. But from the demand side, pantrynomics can reveal much more info:

So by combining GDP, Grain index, NDP and personal NDP, we can get a more granular picture of the real economic situation of a society. By plotting the ratios of prices of different products and services relative to the Grain index annually, we can even determine the economic direction of a society and can better iron out kinks in a society’s supply and demand.

We can even use the data to plot exactly when the grain ratios started to change so that we can pinpoint specific laws that caused the problem or improvement. We can trace objectively when the oligarchy started in the Philippines and when Vietnam became anti-rich, by getting their historical annual pantrynomic Purchasing Power even without any knowledge of historical events – this is what our machine learning is supposed to do*.

*This system is implemented with our points-based moneyless economic system

In contrast, modern Economics measures national wealth top-down through GDP and its sustainability through the CPI (consumer price index), both measured in currency.

This makes it difficult to value goods and services during bubbles and hyperinflation as what happened in Zimbabwe. If a financial crisis hits a pantrynomy, the valuation can merely switch to the Grain index to keep the supply chain humming.

Under Economics, a country can theoretically have a single giant corporation exporting everything, having huge GDP while its workers starve to produce those exports at low cost. A GDP standard would still rate the starving country as wealthy. Countries even tweak their GDP numbers artificially to give an illusion that their economy is so good and their leaders are so effective.

Some organizations advocate a GDP 2.0 which measures income and other things. However, their flaw is that those are still measured in money which is volatile to begin with.

In addition, our Grain index eliminates the need for complicated subjective factors that are present in other indices like the Human Development Index , Happy Planet Index , Better Life Index , etc. The subjectiveness is only in what items are pegged aganst the Grain index.

More importantly, our system retains democracy and does not degenerate into a social credit system while it reduces the cost of cirulating value throughout society.

The riches of a country does not consist in the amount of money used to circulate commerce, but in the great abundance of life's necessaries. We would greatly increase our country's wealth if we could find a way to send the half of our money abroad to be converted into goods, and supply the channel of circulation at home, at the same time.

So What’s the Use of GDP in Pantrynomics?

Since GDP will no longer be the measure of wealth, it becomes a measure of the velocity of an economy or how fast the economy is going, or whether it is going forward of backward. It is an important part of the DCTI tool in the absence of a direct way to get the Purchasing power of everyone.