We are moving our site to https://superphysics.org. Please update your bookmarks accordingly. Thanks!
The Alternative to Arbitrary Narginal Pricing

The Effort Theory of Value

While building Adam Smith’s resource allocation system, I’ve often been asked:“What measure of value does it use?”

However, what does the wheat and precious metal actually represent?

Smith says that it represents ’labour’. But labour is ambiguous.

Marx uses the same measure in Das Kapital and ends up with the strange concepts like ’labour power’ and ’labour time’, which are measures of physical labour. These then lead to the oppressive rationing system in Communist countries.

You can exactly ration gasoline and electricity to your cars and iPhones, but it would be absurd to do that to humans. You could ration $1,000 to a software developer to build a wooden cabinet, and $1,000 to a carpenter to build an app. But their actual outputs would be inferior.

People confuse Smith’s labour theory with that of Marx simply because both use the word ’labour’. To separate those two ideas, we have to look into how differently Smith sees human labour.

A Deeper Look Into Smith’s Theory

Fortunately, Smith explains his theory in just one chapter – Chapter 5 of The Wealth of Nations . It is clear that ’labour’ to Smith is rooted in psychology instead of physics when he equates it to toil and trouble:

The real price of everything.. is the toil and trouble of acquiring it. What everything is really worth to the man who has acquired it, and who wants to dispose of it or exchange it for something else, is thetoil and trouble which it can save to himself, and which it can impose upon other people. What is bought with money or with goods is purchased by labour as much as what we acquire by thetoil of our own body. That money or those goods indeed save us this toil.

Toil and trouble are not objective.

Person A who has no interest learning how to play the guitar (who we shall call ‘Guitar Hater’) might ’toil’ a lot if forced to learn guitar, compared to Person B (‘Guitar Lover’) who naturally likes it. Therefore, the ‘high toil’ or suffering of Guitar Hater in learning guitar is consistently high always and everywhere he is. Likewise, the low toil or suffering of Guitar Lover in learning guitar is consistently low always and anywhere he is.

This is evident in Smith’s maxim:

At all times and places that is dear which it is difficult to come at, or which it costs much labour to acquire; and that cheap which is to be had easily, or with very little labour. Labour alone, therefore, never varying in its own value, is alone the ultimate and real standard by which the value of all commodities can at all times and places be estimated and compared. It is their real price; money is their nominal price only.

Enter Relativity and the Constant of Personal Interest

If their society naturally values guitar music, then Guitar Hater will be ‘poor’, while Guitar Lover will be ‘wealthy’ especially since he can ‘arbitrage’ his high quality but cheaply-earned guitar skill by selling it to society at a price that is high to them.

So the core idea in Smith’s theory is psychological toil and trouble instead of physical labour.

To establish this core idea, we replace ‘Labour theory of value’ with ‘Effort Theory of Value’ since the word ’effort’ best combines both psychological and emotional toil and trouble with physical work. ‘Work Theory of Value’ was also a good candidate. However, ‘work’ tends to mean more of the effect rather than the cause.

This way of thinking about another person’s love for guitar-playing (cause) instead of thinking about his actual guitar music (effect) is not common. When you buy bread at the grocery, you often check the label and think about its price and nutrients. You never think about the baker who baked that bread and who was the cause of the existence of the bread. His name, skills, looks, personality, doesn’t enter your mind. Likewise, we see objects everday and never think about the persons or Creator that made their existence possible.

Shallow minds will think that money is the cause of economic activity because that is what their perceptions readily presents to them. From this, they will create utility theories, and then equilibrium and profit maximization theories, not knowing that such ideas naturally create crises after some time because they are based on effect instead of cause. 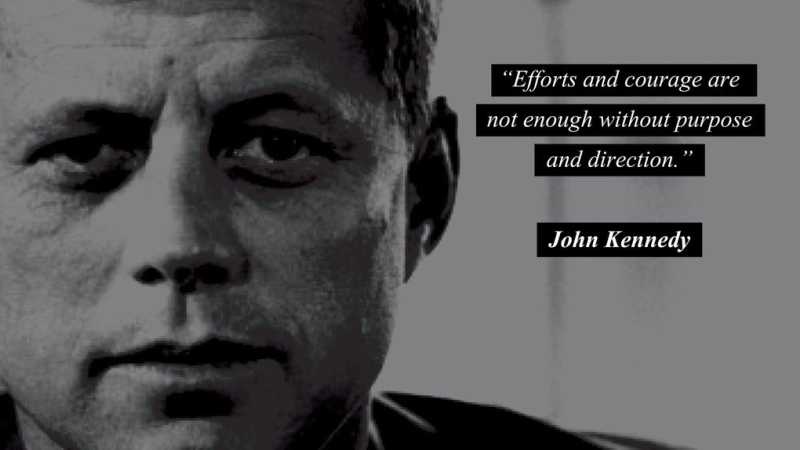 Personal Interest as the Invisible Hand

But effort alone will not lead to value-creation. No matter how hard a carpenter works to make an app, he will never make it better than the software developer can make it.

This is where his ‘personal-interest’* comes in. Whatever one is interested in is a natural part of the invisible hand of his dharma or tao.

*The Invisible Hand of Dharma or the Tao separates self-interest from selfish-interest. In order to make the separation permanent, we shall call self-interest as “personal interest” in order to remove the vice of selfishness from it.

*We can call this a ‘superabundance’ in guitar music

Society would therefore have more value, quality, and abundance if its carpenters focused on making furniture, and its software developer focused on software instead of the other way around.

This value and abundance are then spread through exchange, such as through money, barter, credit, or donations, onto places where there is lack*:

The Way (or Tao) of Heaven can be compared to the bending a bow. The part of the bow which was high is lowered. The part which was low is raised up. Likewise, Heaven reduces where there is superabundance, and supplements where there is deficiency.. Who can take his own superabundance and use it to serve all under heaven? Only he who is in possession of the Tao! Tao Te Ching, Chapter 77

The matching of interest and action or occupation is the key to wealth. This is why Socrates put it as the core requirement of his ideal city-state and even for life itself:

A person works better when he has only one occupation instead of many. A work is spoilt when not done at the right time. Business does not wait for the businessman to be at leisure. Instead, the businessman must follow up what he is doing and make his business his first object. All things are produced more plentifully, easily, and with a better quality when one man does one thing which is natural to him at the right time, and leaves other things. The Simple Republic, Book 2, Chapter 2
Here, my dear Glaucon, is the supreme peril of our human state. Therefore, the utmost care should be taken. Let each of us leave every other kind of knowledge and seek and follow one thing only. This will help us learn and discern between good and evil. In this way, we can always and everywhere choose the better life. The Simple Republic, Book 10, Chapter 3

To prevent this, one of the features of our proposed pantrynomic system is for the classification of careers to be done by artificial intellgence based on personality instead of heredity, so that society can have economic balance and higher quality of goods and services.

So how do we measure effort?

Since our valuation is based on effort which is subjective until it the buyers have decided on them with their objective purchase, then our initial measure for effort will be the thing that is needed by everyone to start the effort. With the human species, this thing is called food. Without food, no one can do any effort.

We find that this is exactly what Smith had in mind when he mentioned corn, which is shorthand for grains which represents food. You might not be able to print your own money or mine your own gold. But you can certainly grow your own food:

An Egyptian man in 3000 BC would need a similar amount of food that a modern man needs, even if the food yield of a hectare of wheat in both times might be very different.

From a Superphysics perspective (the paradigm that sees everything as waves instead of particles or objects), the effort theory of value bases value on natural waves of interests and desires . This is different from modern economic systems which base value on physical particles such as money.

With that, we can safely translate Smith’s 18th-century words into modern English without corrupting its deeper meaning and intention:

But as a measure of quantity, such as the natural foot, fathom, or handful, which is continually varying in its own quantity, can never be an accurate measure of the quantity of other things; so a commodity which is itself continually varying in its own value, can never be an accurate measure of the value of other commodities. Equal quantities of labour, at all times and places, may be said to be of equal value to the labourer. In his ordinary state of health, strength and spirits; in the ordinary degree of his skill and dexterity, he must always laydown the same portion of his ease, his liberty, and his happiness. The price which he pays must always be the same, whatever may be the quantity of goods which he receives in return for it. Of these, indeed, it may sometimes purchase a greater and sometimes a smaller quantity; but it is their value which varies, not that of the labour which purchases them. At all times and places that is dear which it is difficult to come at, or which it costs much labour to acquire; and that cheap which is to be had easily, or with very little labour. Labour alone, therefore, never varying in its own value, is alone the ultimate and real standard by which the value of all commodities can at all times and places be estimated and compared. It is their real price; money is their nominal price only.

Translated with ’toil and trouble’

A commodity that always varies in value can never be an accurate measure of the value of other commodities. Just as a natural foot, fathom, or handful can never be an accurate measure.. Always and everywhere, equal quantities of toil and trouble is of equal value to the worker. In his ordinary state, he must always lay down the same portion of his ease, liberty, and happiness. The price which he pays must always be the same, though sometimes it buys varying amounts of commodity. But it is the value of the commodities which varies, not his toil and trouble. Always and everywhere:Toil and trouble never varies in its own value. Therefore, it alone is the ultimate and real standard by which the value of all commodities can be estimated and compared always and everywhere.“It is their real price; money is their nominal price only.

Smith’s Effort Theory of Value is seen in lowly-paid and highly-paid jobs. The former generally requires less effort than the latter, when taking into account the physical, mental, and emotional toil and trouble involved.

This post series will explain how the Effort Theory of Value can replace the Utility and Marginal Pricing paradigms of Economics to create a new economy called a “pantrynomy” that has zero inflation while having superabundance.

Social
Back to why-business-is-immoral
Next 1772 credit crunch