A bond is a loan to government, giving them private capital to spend for public uses. However, unlike a normal loan which is paid back in full and can be ended, a bond is a perpetual debt.

The investor enters this perpetual lending scheme by buying the bond and then exits at maturity by selling his bond back to the market. The returns are called yields, and not interest payments of non-perpetual loans.

Nevertheless, investors invest in them because they are guaranteed and can be paid back as long as its society exists.

According to Adam Smith, bonds in England started in 1697 under King William 3rd as a natural result of the invention of paper financial instruments such as bank notes and stocks. It was an alternative to non-perpetual loans which were called ‘anticipations’:

Such improvident anticipations gave birth to the more ruinous practice of perpetual funding. This practice puts off the liberation of the public revenue from a fixed period to an indefinite period, never likely to come.

However, it raises more money than the old practice of anticipation. When men became familiar with funding, it became universally preferred to anticipation during great state exigencies. Relieving the present exigency is always the object of government. The future liberation of the public revenue they leave to the care of posterity.

Governments like it a lot because it lets them borrow tons of money which they will never pay in full.

What are bond yields?

Governments split up the loan into two groups:

These then have two components:

If you bunch them up as one bond, then you get an upward sloping curve that has higher yield the longer the term: 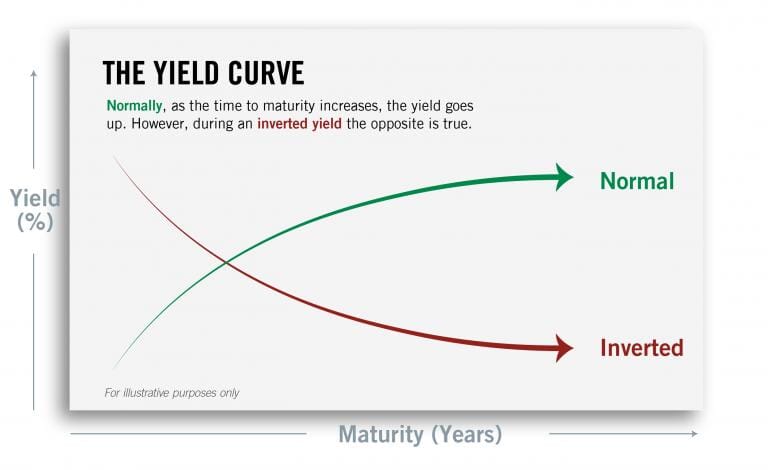 But that’s normal: the yield on US long term bonds have been on the downward trend since the 80s.

The new thing is the rise of the 3-month yield . If that 3-month yield coincides with other indicators, then a recession follows. These curves and indicators are merely effects that point to a cause which is the lack of profitable uses of capital, which is the essence of both Capitalism and Mercantilism.

The problem is that people think that an inverted yield curve is the sole indicator. In reality there are many.

Pantrynomics proposes clearing funds as an alternative to bonds. These funnel money into to financing exports and imports as the main enabler of Adam Smith’s proposed free trade system. In this way, foreign commerce will no longer need letters of credit nor trade financing because all purchases are paid cash in advance.

People can have money to pay in cash because their local purchases can be transacted by points (as basic universal revenue ) or barter.

Superphysics
Back to Pantrynomics Articles
Next Barter disadvantages addressed