FOUR great events happened in the reign of Alexander, which entirely changed the face of commerce:

The empire of Persia extended to the Indus. Darius, long before Alexander, had sent some vessels down this river and passed even into the Red sea.

How then were the Greeks the first who traded to the Indies by the south? Had not the Persians done this before? Did they make no advantage of seas which were so near them; of the very seas that washed their coasts? Alexander conquered India. But was it necessary for him to conquer a country, in order to trade with it?

Ariana extended from the Persian gulf as far as the Indus, and from the South Sea to the mountains of Paropamisus. It depended on Persia. But in the southern part it was barren, scorched, rude, and uncultivated.

The armies of Semiramis and Cyrus perished in these deserts. Alexander ordered his fleet to follow him but he could not avoid losing in this place a large part of his army.

The Persians left the whole coast to the Ichthyophagi, the Oritæ, and other barbarous nations. Besides, the Persians were not great sailors. Their religion debarred them from maritime commerce.

The Indus voyage undertaken by Darius’s direction came from a prince vainly showing off his power and so had no consequence on commerce or navigation. They emerged from their ignorance, only to plunge into it again.

Besides, people then thought that the southern parts of India were uninhabitable. This came from a tradition that Semiramis had returned with only 20 men, and Cyrus, 7.

Alexander entered by the north and wanted to march towards the east. He found the south full of great nations, cities, and rivers, so he conquered them. He then wanted to unite India to the Western nations by a maritime commerce, as he had already united them by his colonies. 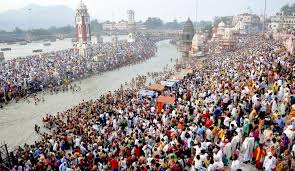 He ordered a fleet to be built on the Hydaspes, then fell down that river, entered the Indus, and sailed even to its mouth.

He left his army and his fleet at Patala, went himself with a few vessels to view the sea, and marked the places where he would have ports to be opened, and arsenals erected.

Upon his return from Patala, he separated the fleet, and took the route by land, for the mutual support of fleet and army.

The fleet followed the coast from the Indus along the banks of the country of the Oritæ, of the Ichthyophagi, of Carmania and Persia.

He caused wells to be dug, built cities, and would not suffer the Ichthyophagi to live on fish, being desirous of having the borders of the sea inhabited by civilized nations.

Nearchus and Onesecritus wrote a journal of this 10-month voyage. They arrived at Susa, where they found Alexander, who gave an entertainment to his whole army.

He had previously founded Alexandria to secure his conquest of Egypt and not for commerce. He only thought about commerce after his discovery of the Indian sea. But even afterwards, he never seemed to use Alexandria for commerce.

He had a general scheme of opening a trade between India and the western parts of his empire. But as for the project of conducting this commerce through Egypt, his knowledge was too imperfect to form any such design. He had seen the Indus and the Nile. But he knew nothing of the Arabian seas between the two rivers.

His new fleets navigated on the Euleus, Tigris, Euphrates, and the ocean. He removed the cataracts, with which the Persians had encumbered those rivers. He discovered that the Persian gulf was a branch of the main sea.

He designed to carry on the commerce of India through Babylon and the Persian gulf as he: went to view this sea, in the same way as he had done for the Indian ocean opened a port to for 1,000 ships, and arsenals to be erected at Babylon sent 500 talents into Phoenicia and Syria, to draw mariners into this service He intended them to be distributed in the colonies along the coast caused immense works to be erected on the Euphrates, and the other rivers of Assyria

Some think that Alexander wanted to subdue Arabia and make it the seat of his empire. But this is not plausible because:

Superphysics
Back to Chapter 7
Next Chapter 9