The Origin of Our Ideas

All the perceptions of the human mind resolve themselves into:

Their difference is the degrees of force and liveliness in which they:

‘Impressions’ are perceptions which enter with most force and violence.

‘Ideas’ are the faint images of impressions in the process of thinking and reasoning. Examples are all the perceptions except:

Everyone can perceive the difference between feeling and thinking. But sometimes, they seem like the same thing.

Our ideas may seem like our impressions when we:

Sometimes, our impressions are so faint and low that we cannot distinguish them from our ideas. Despite their near resemblance, they are generally very different.

No one can make a scruple to:

*I use ‘impression’ and ‘idea’ in a different sense from the usual. I am restoring the word ‘idea’ to its original sense from which John Locke had perverted it. He made it stand for all our perceptions. ‘Impression’ does not mean how our lively perceptions are produced in the soul. It merely means the perceptions themselves.

Our perceptions are also divided into: 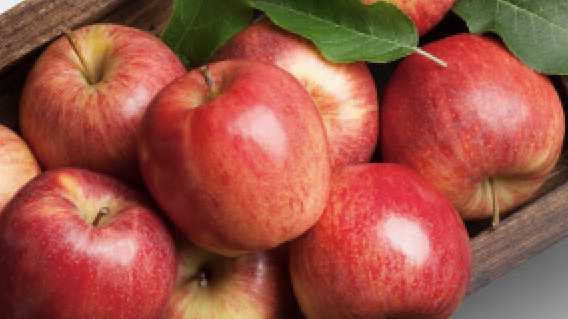 This apple has a combination of a colour, taste, and smell. But it is easy to perceive that such qualities are distinguishable from each other.

There is a great resemblance between our impressions and ideas, except in their degree of force and vivacity.

The one seems to reflect the other. This makes all the perceptions of the mind:

When I close my eyes and think of my room, the ideas I form are exact representations of the impressions that I felt. There is nothing in the one that is not found in the other.

In running over my other perceptions, I still find the same resemblance and representation.

Ideas and impressions always appear to correspond to each other. To me, this seems remarkable.

After a more accurate survey, I find that:

I can imagine a city called ‘New Jerusalem’, with gold pavements and ruby walls even if I never saw it.

I have seen Paris, but I can never create an idea of Paris that has all its streets and houses in their real proportions. Generally, our complex impressions and ideas resemble greatly.

But the rule is not universally true, that they are exact copies of each other. The rule on simple perceptions holds has no exception. Every simple idea has a resembling simple impression. Every simple impression has a correspondent idea. Our idea of red, which we form in the dark, and the red which strikes our eyes in sunshine, differ only in degree, not in nature. It is impossible to prove that the case is the same with all our simple impressions and ideas by enumerating them.

Everyone can run over as many as he pleases. But if anyone denies this universal resemblance, I do not know how to convince him, but by asking him to show: a simple impression that has no correspondent idea, or a simple idea, that has no correspondent impression. He cannot answer this. We may establish our conclusion from his silence and our own observation. Thus, we find that all simple ideas and impressions resemble each other.

We shall establish a general proposition, that in their first appearance, all our simple ideas are derived from simple impressions which are correspondent to those ideas, and which those ideas exactly represent. To prove this, I seek phenomena that are obvious, numerous, and conclusive.

First, I clarify the general proposition so that: every simple impression is attended with a correspondent idea, and every simple idea is attended with a correspondent impression From this constant conjunction of resembling perceptions, I immediately conclude that: there is a great connection between our correspondent impressions and ideas, and the existence of the one has a considerable influence on that of the other. Such a constant conjunction, in such an infinite number of instances, can never arise from chance. It clearly proves a dependence of: the impressions on the ideas, or the ideas on the impressions. I then consider the sequence of their first appearance to know on which side this dependence lies. By constant experience, I find that the simple impressions always precede their correspondent ideas, but never appear in the contrary order. To give a child an idea of scarlet or orange, of sweet or bitter, I present the objects. I convey to him these impressions. But I do not absurdly try to make him produce a red object by making him think about the red colour. Our ideas on a thing does not lead to that thing existing as an impression in reality.

We cannot perceive any colour or feel any sensation by merely thinking of them. On the other hand, we find that any impression is constantly followed by an idea which resembles it. It is only different in the degrees of force and liveliness. The constant conjunction of our resembling perceptions is a convincing proof that the one are the causes of the other. This priority of the impressions is an equal proof that our impressions are the causes of our ideas, not our ideas of our impressions. Exception and Limitation of the General Maxim If the senses are faulty, as when one is born blind or deaf, the impressions and their correspondent ideas are lost.

Their smallest traces never appear in the mind. This is true where the senses are: entirely destroyed, and never used. We cannot create an idea of a pineapple’s taste without tasting it. However, one contradictory phenomenon proves that it is not absolutely impossible for ideas to go before their impressions.

The colours or sounds conveyed by the senses, are really different from each other even if they resemble. If this is true of different colours, then it must be also true of the different shades of the same colour. Each of the shades produces a distinct idea independent of the rest. If this is denied, then it would be possible to for a colour at its lightest shade to be called the same thing as the same color in its darkest shade. Suppose a person enjoyed his sight for 30 years.

He has seen all colours, except one shade of blue which he has never seen. Place all the shades of blue before him descending from the deepest to the lightest, without that one. He will perceive a blank where that shade is missing. He will then find out that there is a greater distance in that place between the contiguous colours, than in any other. From his own imagination, can he:

supply this deficiency? or create the idea, by himself, of that shade that he has never seen? I believe a few will think that he can.

This may serve as a proof that the simple ideas are not always derived from the correspondent impressions. Though the instance is so particular and singular, it: is not worth observing, and does not merit changing our general maxim. Other people might suggest an additional exception that our secondary ideas are images of our primary ideas, and so are not derived from impression.

However, this is not an exception because those primary ideas are simple ideas which are supposed to be derived from impressions. Generally, There are No Innate A Priori Ideas This is the first principle that I establish in the science of human nature.

This question on the sequence of our impressions or ideas is the same as the question whether: there are any innate ideas [ a priori ], or all ideas are derived from sensation and reflection. [ a posteriori ] To prove that the ideas of space and colour are not innate, philosophers only show that ideas are conveyed by our senses.

To prove that the ideas of passion and desire are not innate, they say that we already have an experience of these emotions in ourselves. These arguments only prove that ideas are preceded by other more lively perceptions: from which they are derived, and which they represent.